The Commissioner is supported by an executive team and dedicated and hardworking employees. 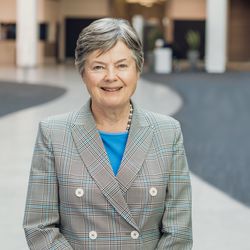 ​On 27 July 2020 it was announced that former Supreme Court Justice, the Honourable Ann Vanstone KC, would be South Australia’s second Independent Commissioner Against Corruption (ICAC).

Commissioner Vanstone was admitted as a Barrister and Solicitor of the Supreme Court of South Australia in 1978. She was appointed Deputy Crown Prosecutor in 1988 and, upon the establishment of the Office of the Director of Public Prosecutions in 1992, Deputy Director.

Commissioner Vanstone commenced her term as Commissioner on 2 September 2020. Her appointment is for a term of seven years. 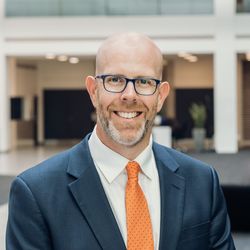 Paul Alsbury has a Bachelor of Business (Accountancy) (QUT), a Bachelor of Laws (QUT) and a Master of Laws (QUT), and is a Graduate Member of the Australian Institute of Company Directors. He was originally admitted in Queensland as a Solicitor in 1999.

Paul commenced his role as the Deputy Independent Commissioner Against Corruption on 14 February 2022.

Andrew Baker has worked in law enforcement for 27 years. He commenced his career as a South Australia Police officer in general uniform policing before being promoted to Detective. He has worked in various criminal investigation units including major fraud and internal investigations. Andrew also spent two years working in the United Kingdom as an Anti-Piracy Senior Investigator.

Tracy spent her early career working in film and television, where she performed various roles including sales, marketing and communications, management, and production. She later established a publishing company that specialised in the production and publishing of drama based education content. Tracy wrote, produced and directed many award winning educational films and curriculum for international distribution. She has also Co-Produced and Executive Produced documentaries for broadcast television.

Tracy is a graduate of Flinders University with a Bachelor of Justice. She joined the management team of the Independent Commission Against Corruption in 2013 and leads the Commissioner’s communications, education and research agenda.

Fiona is a graduate of University of South Australia with a Degree in Psychology and a Degree in Business Management (Human Resources).

In 2008 Fiona established a small business, which she managed for seven years. She joined the Independent Commission Against Corruption in 2015 as part of the Corporate Services team.